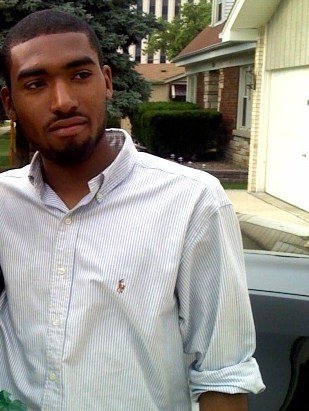 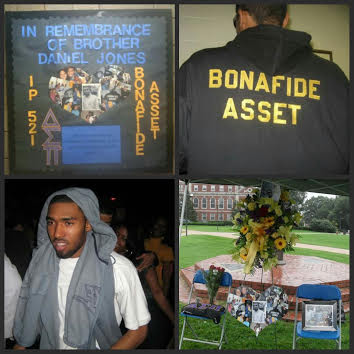 Daniel Benjamin Jones, Jr. was the oldest of two, born on December 8, 1987. He grew up on the Southside of Chicago where he attended the Chicago Military Academy in Bronzeville. During his high school years, Daniel was a member of the National Honor Society, Who’s Who Among National High School Students and received many scholarships,including the Operation PUSH Excel Award.

At the age of 18, Daniel began his college experience at the illustrious Howard University. During his tenure at the Mecca, he was very active in many organizations and activities. In the spring of 2006, Daniel Jones was initiated into the International Fraternity of Delta Sigma Pi, Iota Rho Chapter. As a member, he dedicated countless hours to volunteer initiatives. As a brother, he gave his “unbreakable bond of unity to strengthen others in a spiritual, moral and cultural manner.”

Daniel’s great love for sports, music, philosophy, art and life made him a very well liked individual amongst his peers. He was an exceptional young man with very high aspirations in life. He possessed a strong silent determination appearing fearless and stronger than life. In August of 2009, at the young age of 21, Daniel lost his life to gun violence. This scholarship is not only in memory of a man who made a difference on the campus of Howard University, or a brother who made efforts to make each day better than the previous, but in honor of an individual whose generosity and kindness will be missed by all yet forgotten by none. “He was a man of commerce, a man of Delta Sigma Pi. The world is a better place because he dwelt upon it.”

Applications must be submitted to Suite 219 for consideration. A Scholarship committee will decide on the top three qualified candidates.

Those selected will have one week to complete a strategic business presentation detailing the initiatives they will take to gain awareness to their platform. The scholarship finalists will be judged and voted on by faculty brothers and corporate sponsors. The Scholarship recipient will be granted the $1000.00 funds pending the following semester.

Applications must be submitted no later than March 17th, 2017 for consideration. Each applicant must be a registered full-time student at Howard University, accumulated at least 30 credit hours to date (Sophomore, Junior) and maintain at least a 3.0 GPA. Seniors are not eligible.